Melody is an original and inspiring show, that introduces the CBeebies audience to a rich variety of classical music through stories and animation.

Melody, the title character, is a partially sighted girl with an incredible imagination. Mixing live action and animation, there is a moment in each episode where listening to a piece of music transports Melody and her cuddly companion, Fudge the cat, into the world of her imagination, where we join them on their fantastic animated adventures.

As art director, I oversaw the six different animation studios producing the twenty animated stories in the series, so a key challenge was to ensure consistency of characters and approach, while giving the animators freedom to interpret the stories in their own unique styles.

I created branding, character designs and model sheets for the animators to work from. 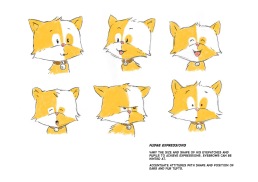 Initial sketches for Fudge the cat 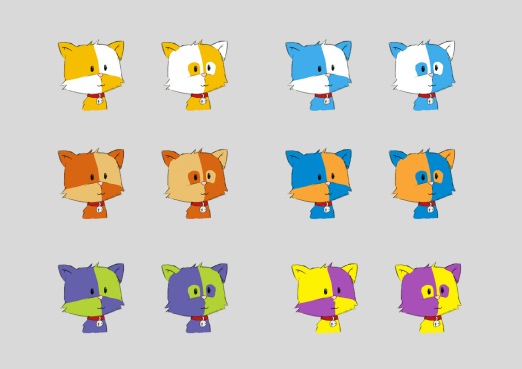 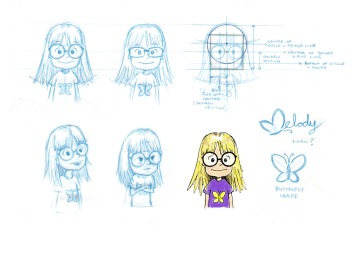 Working with the series producers, we also developed a guiding set of principles to make the show more accessible to visually impaired children.

A number of different techniques were used; working with high contrast colours and bold outlines to separate foreground and background elements, having centrally focused action, bigger and definite (sometimes exaggerated) movements and holding on certain shots longer as well as using sound to tell the story as much as possible with voiceover and sound effects.

Below are some of the many inventive styles our brilliant animators created.

Created by Luke Howard, the series is produced by Wish Films and LAAH Entertainment with support from the RNIB.